I sleep like the dead (once I get earplugs in) and sleep until after 7am. Mom is already awake. Dad is already up and out.

He comes back at 7:30, concerned because our flight is tomorrow at 7:20 and it won’t let him check in. It takes a moment to realize our mistake: we are on Mountain time; Spokane is on Pacific.

So an hour later we are able to check in with no issues. By then we’re all up and ready for incredibly surly breakfast service, and then hit the road.

I’ve tried to find some interesting things to see along the way, although the first 2 hours is just the beauty of the open land, Flathead Lake, Henry Creek. 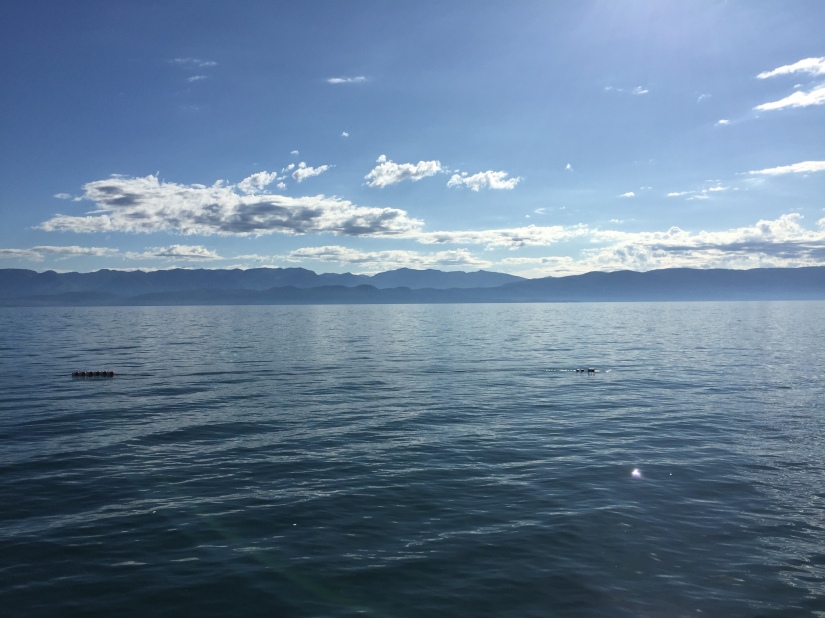 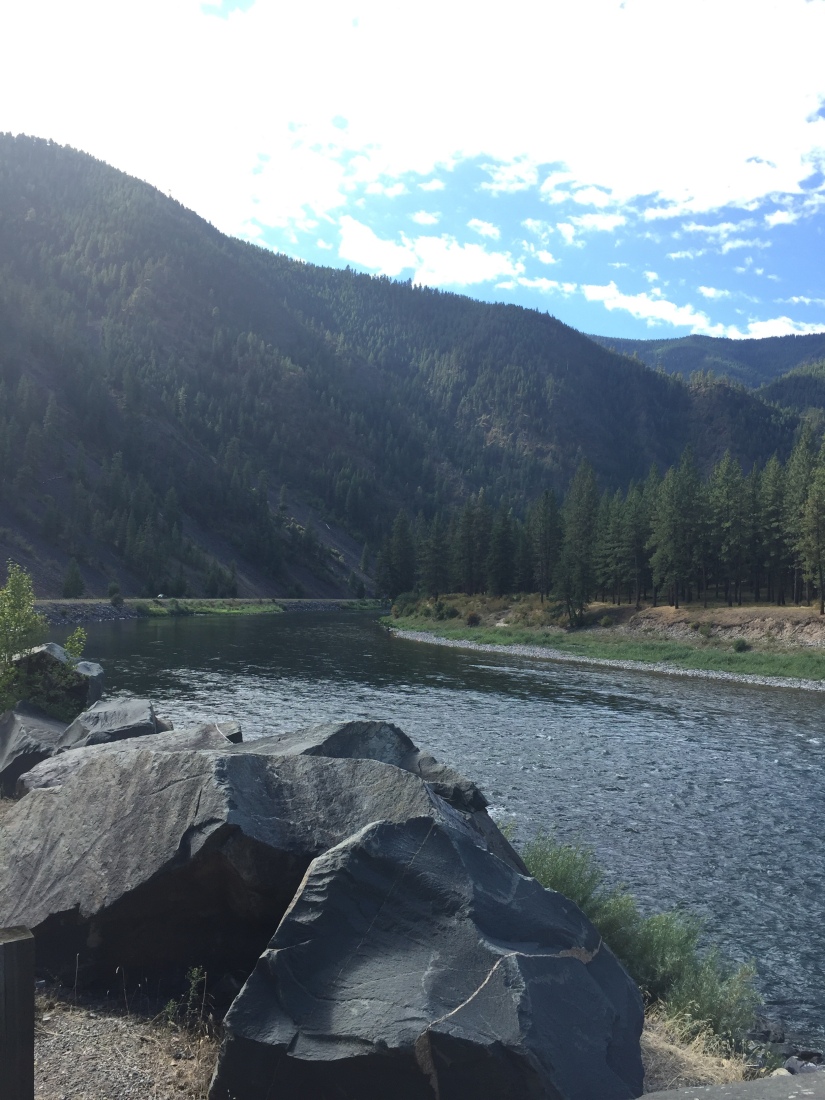 When we get to Hot Springs there’s something rising off the mountain – we are trying to determine if it could be the hot springs themselves or a fire, when we see a helicopter flying to it. Perhaps a fire then. We hope easily contained and no significant losses.

We try to stop to see Elmer’s Fountain but don’t find it. We skip Pulaski Tunnels but stop to see the Old Mission in Cataldo ID. 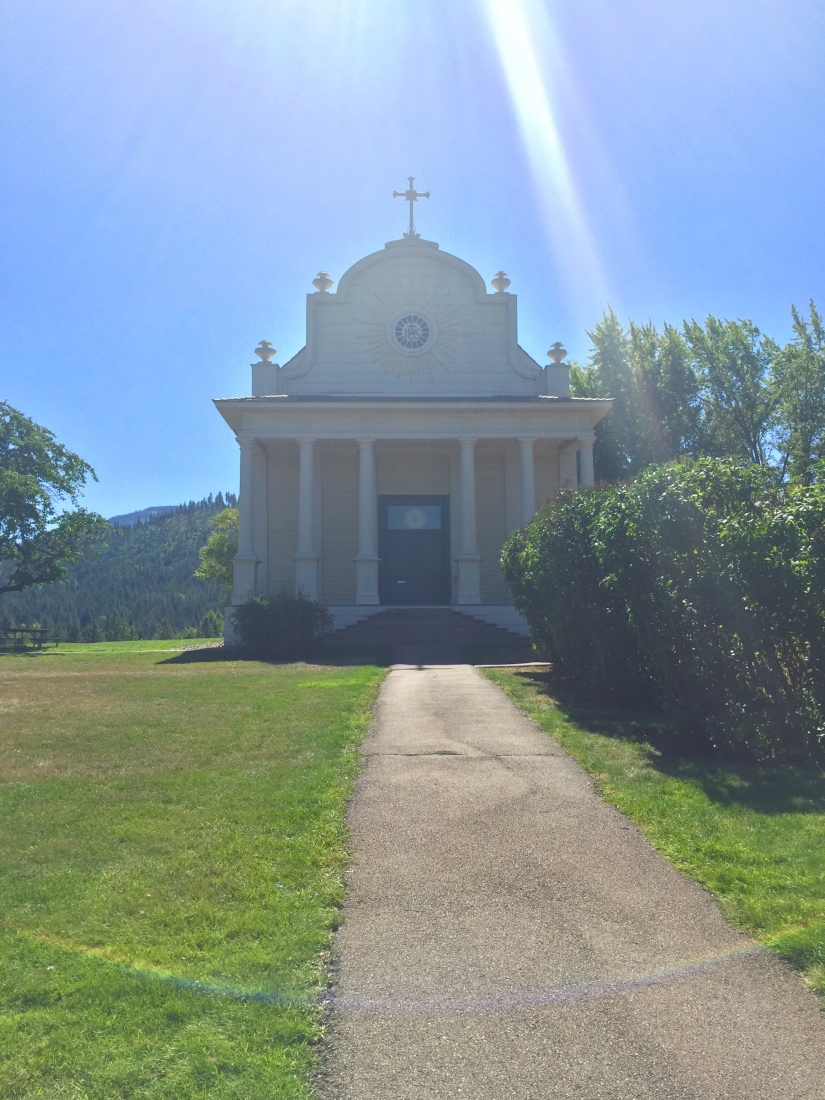 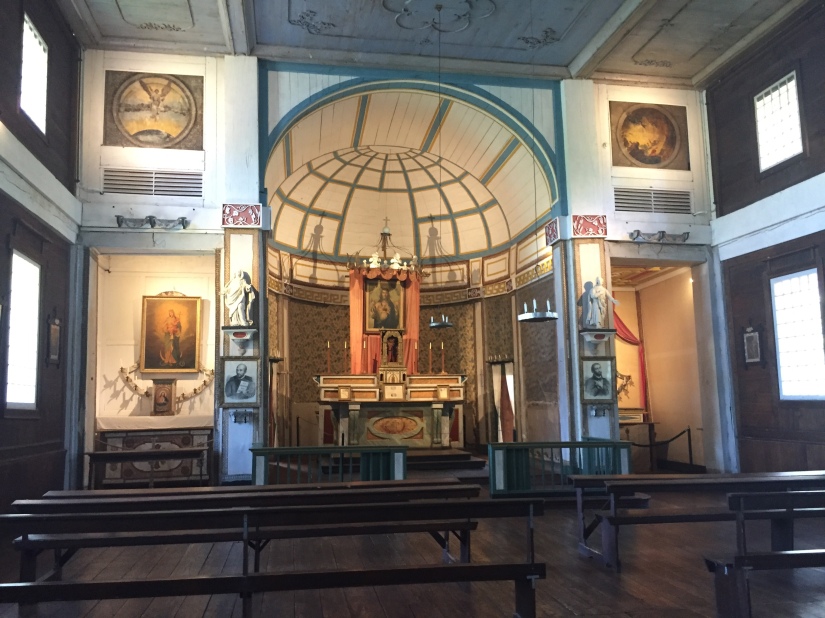 We drive over the Veteran’s Memorial Centennial bridge (and sit in a lot of traffic). And we stop in Coeur D’Alene to walk on the floating boardwalk. 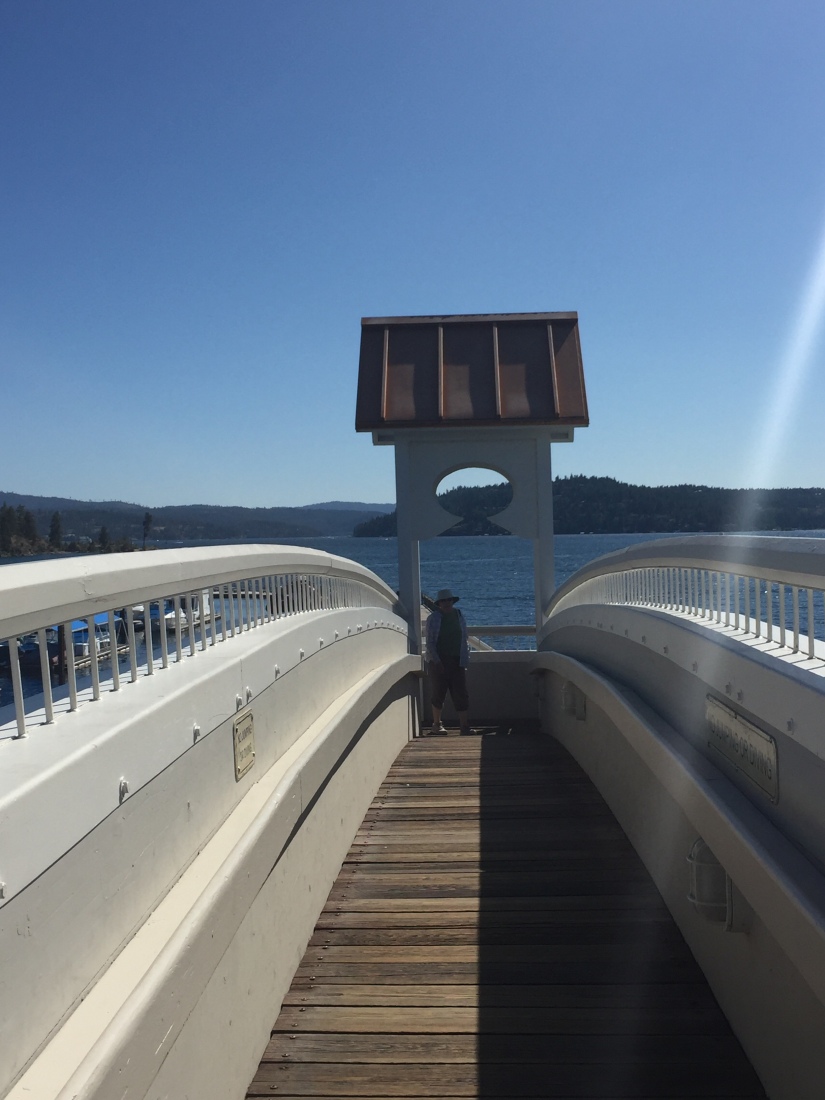 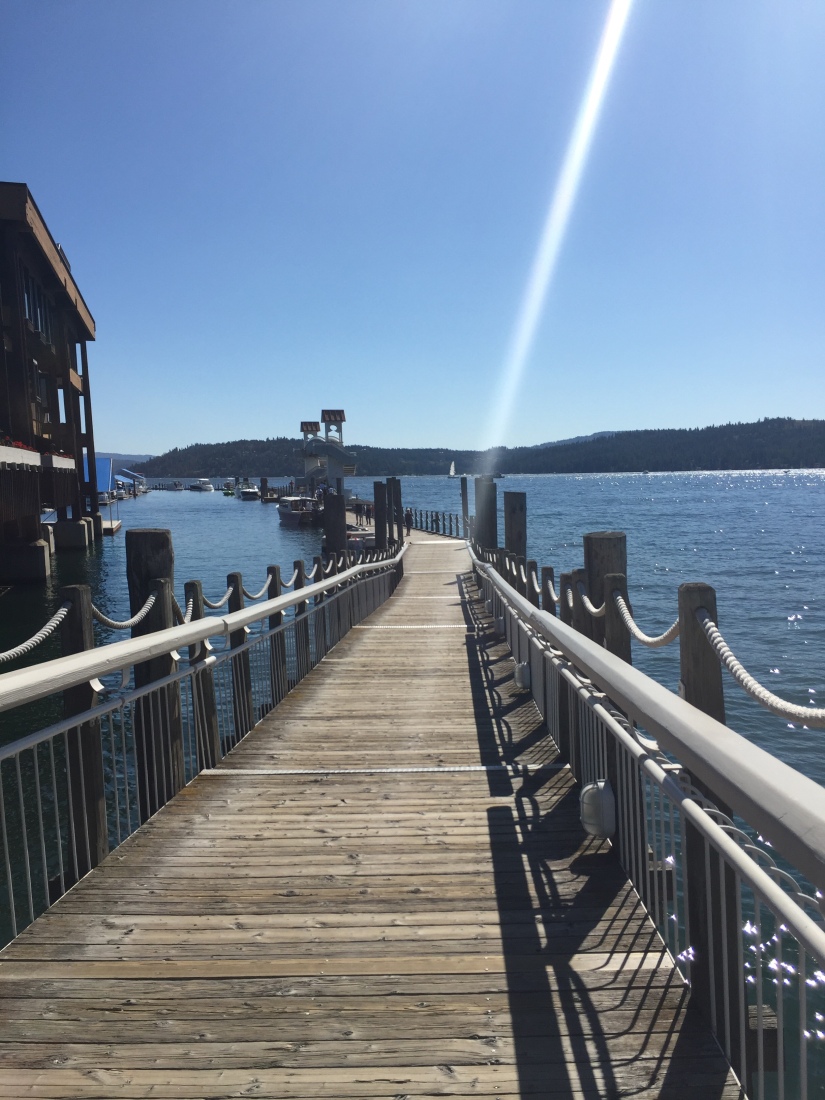 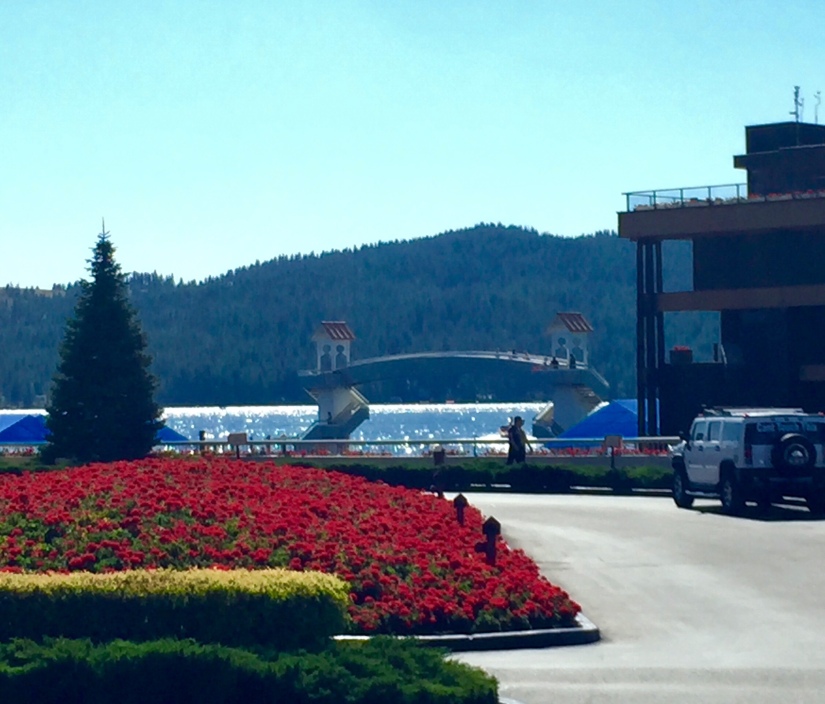 Which would have been delightful had it been just a little earlier / a bit cooler.

There are a few little parks in Spokane we could visit but it’s taken a lot of hours now, and it’s steamy out, and we’re getting tired.

Instead, we head to the hotel. Get unloaded. Dad and I take the rental car to get gassed up and returned.

We wait a ridiculously long time on a very hot day, for the hotel shuttle. (We have to call twice, and when he arrives he is expecting 1 person — she has failed to ask us how many in our party either time, but minimally he should have been told to expect 2 people, either because we called twice or because we have said “we” both times. There are actually 4 people waiting and his vehicle barely squeezes us all in.)

But we do get in. And it is a mercifully short ride back. Dinner next door is better than expected. By 7pm we are back and getting organized for what promises to be a very VERY early morning back to the airport.

2 thoughts on “In which we cross to Spokane”