We leave bustling Athens, and head south and west, through the Corinth Canal, connecting the Ionian Sea and the Aegean across the narrow isthmus, to the Peloponnese peninsula.

As we pass by the Bay of Corinth, and the barely visible remains of what was once a dock from which, nearly 2000 years ago, passengers might sail from Corinth to, say, Ephesus.

The apostle Paul, for instance.

We continue on to visit the auditorium at Epidaurus, where ancient plays would have been put on.

We visit Mycenae, where king Agamemnon departed to battle Troy. We see the ruins and excavation site of the palace, the Lion’s Gate, and the Beehive Tombs. 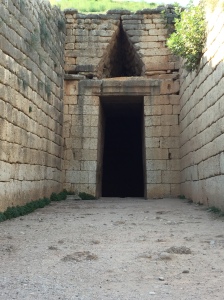 Then we stroll through picturesque Nauplia as the sun sets before continuing to the nearby hotel for the night. 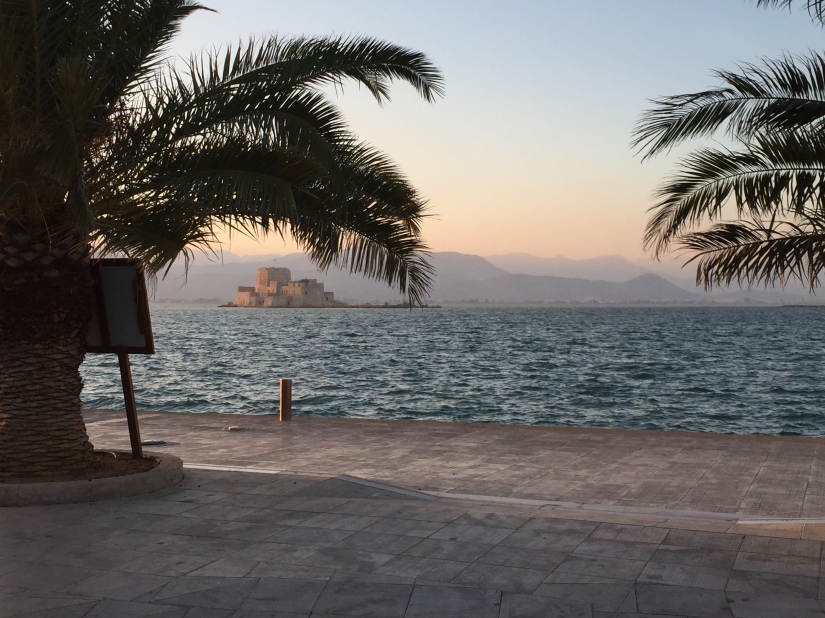 We are all of one thought here: we wish we could have stayed in this little town longer.

We stay the night in the very pretty Amalia Nauplia. We run the waitstaff a bit ragged (not because we want to, but because we want to cluster ourselves in a larger group than planned, and they are super accommodating. So it goes when we all start to bond.)

Ring around the table: Connie Marge Linda Deana Troy and me.