The flight is at 7:35. International: advice is to get there three hours ahead. 4:35pm. But my car has picked its moment to beg me to get rid of it and so between the unfamiliar rental car and the unfamiliar route to Dulles, I give myself plenty of time. I’d so rather be checked in, reading at my gate, than stressing about it. Yeah. There’s apparently just the one flight that evening because the check in gate doesn’t even open until 4:15pm. Really, we’re supposed to aim for this 20-min window?

Whatever, soon enough I’m done. Rental car dropped off, checked in, through security, on the plane and off we go…

I have the window seat, not that there’s anything to see. But it’s a red eye, landing 6am local time. Dark at both ends. I get 20 minutes of sleep after takeoff and couple of other times I catnap but I can’t sleep. Uncomfortable plus the only two people on the plane who don’t know you’re supposed to adjust to your destination time immediately and try to sleep are next. to. me.

Earplugs are a blessing but I should have packed my eye mask.

The window seat is a blessing, no moving for their bathroom schedules plus the cold by the window is a blessing against the overactive heat in the plane proper.

We fly out of IAD, headed east and then north, the lights of city soon dark against the black of ocean. I get the aforementioned nap, and for a long time there is nothing to see. Then lights, a small cluster. Then dark, but flecked with white. Turbulence; mountains below us. The patchwork of black and white in the dark reminds me of Alaska from above. I watch the mostly empty expanse of land, as far as I can see, just occasionally, sometimes distantly, with signs of a town, mostly along the coast. Greenland, I suppose. We must be about half way.

I sleep for my second catnap. Dark ocean, more islands, small, is it the Faroes? I can’t remember what that is.

Then we’re in Iceland. It’s dark and early but after I find my group and we head to Reykjavik, it’s still dark. The sun rises around 11am. It will set again by 4pm. Already I want to come back for the summer solstice, when the sun never sets but just edges to the horizon and then rises again.

But that won’t do for my purposes. I have come hoping to see the northern lights. And for that, you need dark.

And dark there certainly is! 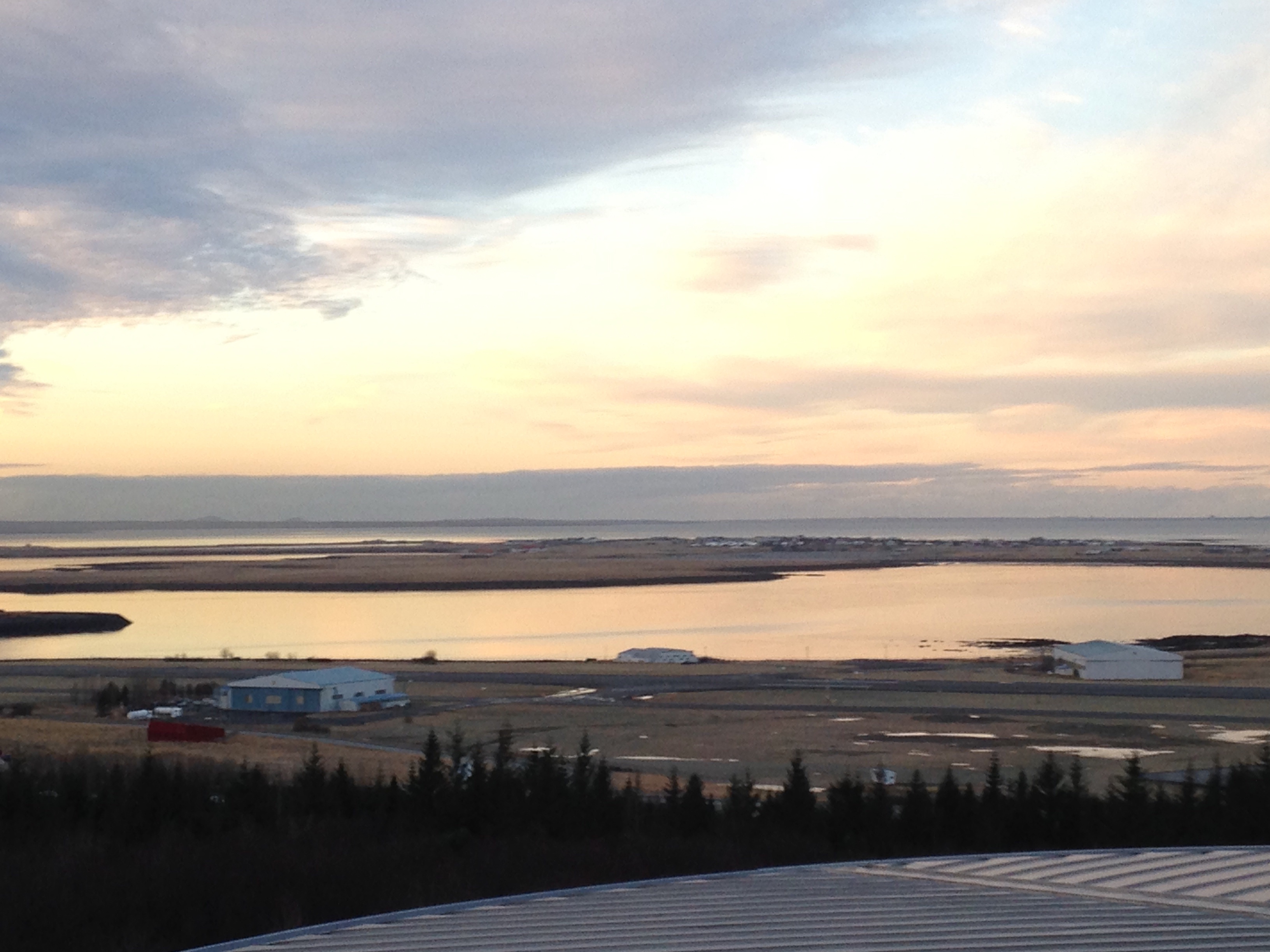 High noon in Iceland in December looks like sunrise — because it almost is.